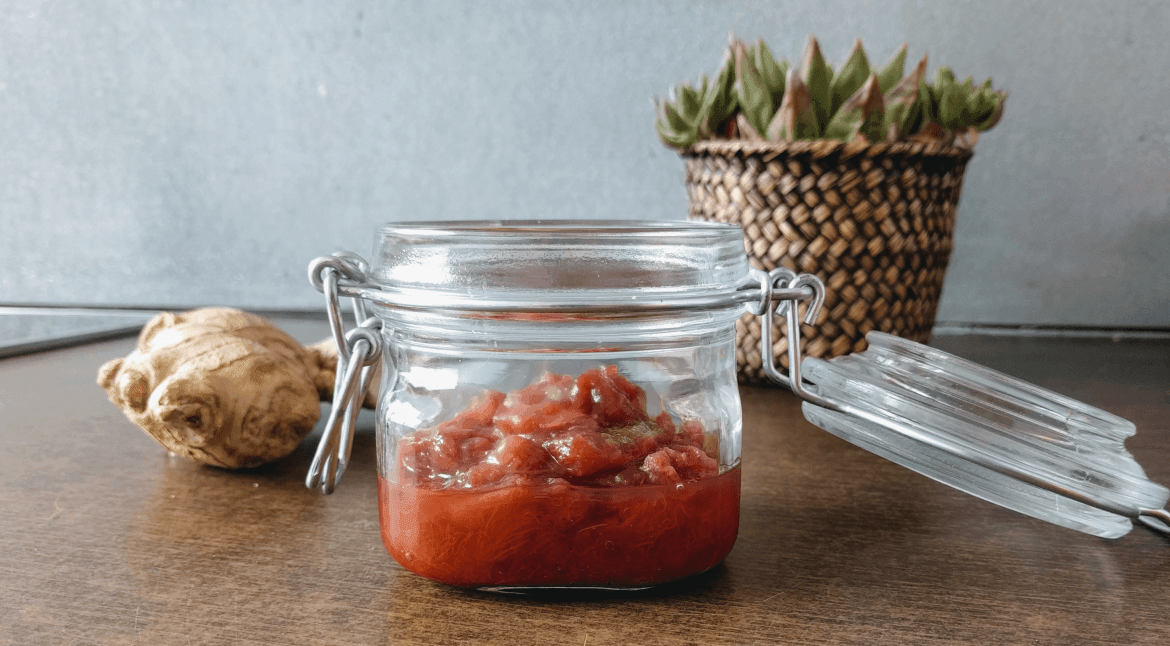 Rhubarb is a very interesting food, halfway between a vegetable and a fruit; Although biologically speaking, is a vegetable, its peculiar flavor, and its coloration led to it being classified as a fruit, in the 1940s.

It originated in Asia, where it was mainly used for medical purposes; When it was exported to Britain and the United States, was perfectly integrated into its gastronomic culture, in fact, it is often seen as an ingredient in British, American and North American recipes. Despite its popularity, there are countries is quite difficult to find, as in Spain; in Italy is quite used.

It is important to remember that only the stem is edible, the leaves contain important amounts of oxalic acid.

The recipe I propose today is very simple but tasty and, above all, has a very original flavor that will surprise you.

This recipe is compatible with the Fast Metabolism Diet – FMD Phase2 and Phase3; The vegetables are free so you can eat as much as you want.

Sweet and spicy: rhubarb and ginger jam was last modified: May 24th, 2017 by Eloisa Faltoni

* This jam is preserved at least one week in the refrigerator without problems.

How to make a perfect hummus in...

The winner is: Mr. Cheesecake